Nearly three years ago, Apple started recommending that users with a wide range of otherwise intractable problems tried resetting permissions on their Home folder – something I documented here at the time. Just over a month ago, Apple changed those recommendations significantly. This article explains how they’ve changed, and what you should do now.

Until this recent change, repairing or resetting permissions on your Home folder consisted of three steps:

This diskutil command has remained absent from its man page, and Apple doesn’t appear to document it anywhere other than in diskutil’s usage. If you type in
diskutil resetUserPermissions
then you will be informed that its usage is
diskutil resetUserPermissions MountPoint|DiskIdentifier|DeviceNode UID
and that it will
Reset the permissions of a user home directory. That still appears to be the case in Catalina 10.15.3.

To my surprise, many users have since reported that following this procedure fixed a wide range of problems for them. This hasn’t been universal, though. As several have pointed out, the standard permissions don’t always apply to everything within the Home folder, and other users shouldn’t really have read access anyway. A few have reported problems with the mystery diskutil command, and it often takes a very long time to complete.

Apple’s latest revision to its Support Note, dated 9 January 2020, lists the same potential problems which can be fixed by resetting or repairing permissions, but drops any mention of using command tools such as diskutil resetUserPermissions. Instead, if changing permissions in the Finder doesn’t work, it recommends re-installing macOS from Recovery mode, or, if that doesn’t help, performing a clean re-install, which seems rather drastic in the circumstances. 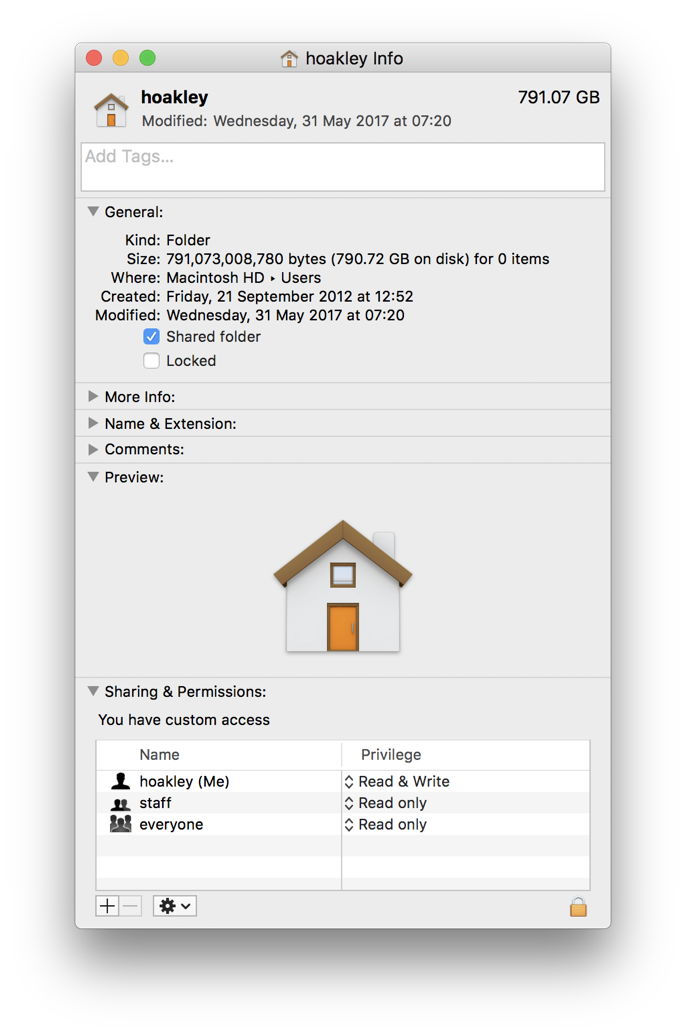 No reason is given for this change, and Apple doesn’t state that this only applies to Catalina, and not earlier versions of macOS. As we’ve never been told exactly what the diskutil resetUserPermissions command does, it’s always been hard to know why those additional steps were required, nor whether they might still be required in older versions of macOS.

I have therefore updated my graphical summary of why and how to reset or repair permissions on your Home folder, to this: 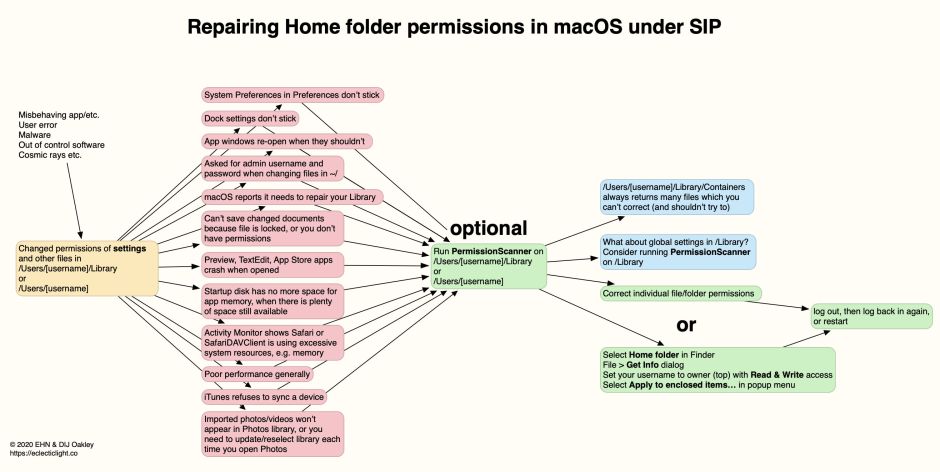 and if you want a PDF tear-out: RepairPermissions2

Given the doubts that we’ve all had over the value or effect of diskutil resetUserPermissions, I suggest that you don’t use it any more, but follow the steps in the chart, and those detailed by Apple.

Apple has removed its article, and currently doesn’t appear to cover this problem at all. Thanks to Steven for pointing this out. As soon as I have any further news on this, I will update this article.