Like a lot of the accessory apps provided with macOS, Dictionary may be something you’re constantly using, or hardly ever touch. It’s quite an old corner of macOS, dating back to 10.4 in 2005, and for many may seem a relic long superseded by online services. The great advantages of Dictionary are that most of its sources are stored locally, and that they’re reputable and completely free.

There’s also a multitude of different ways in which you can look words up in Dictionary. These include ⌃⌘D (control-command-D), three-finger tap on a Trackpad, drag and drop, the Services menu, the Finder contextual menu, dict:/// in a browser, and Spotlight search.

Dictionary combines two functions. For local dictionaries, which are indexed and compiled into DICT format, it searches and loads entries from local XML pages. It also provides access to internet sources such as Wikipedia, which are pulled in and rejigged for Dictionary’s interface using Java and style sheets (CSS).

Although you can add local dictionaries, there doesn’t appear to be any way of adding online sources, other than those provided for in Dictionary’s Preferences.

Apple offers an extensive set covering quite a few languages and subjects, which you can select from and order in its Preferences dialog. Note that Wikipedia is available in many different languages too: choose your options from the lower section when Wikipedia is selected above. 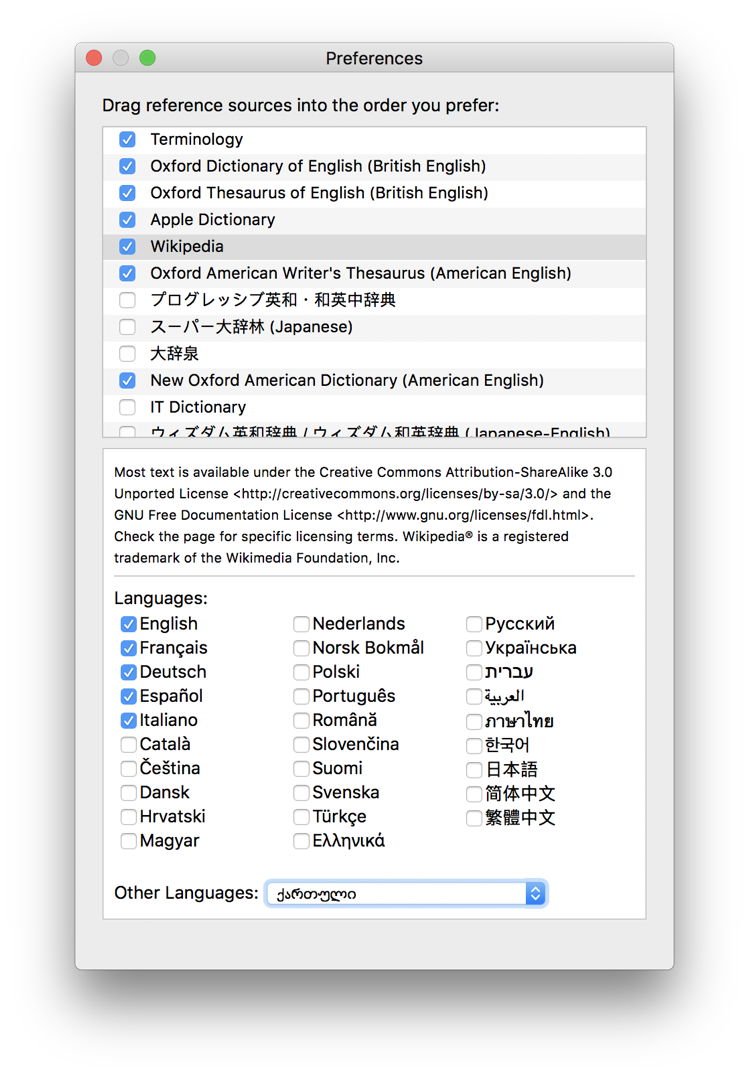 Some other dictionaries offer other options, such as the system for indicating pronunciation, and display orientation.

My favourite English dictionary apps include the following. 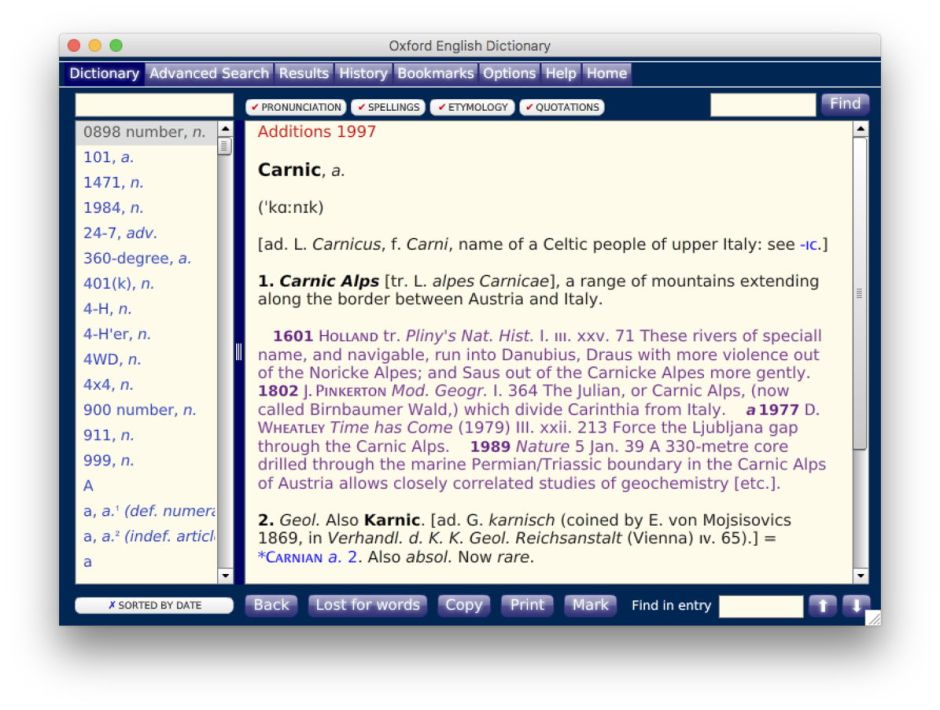 The Oxford English Dictionary (OED) app is sadly old, lacks all the latest additions, and seems to have been abandoned in favour of online subscription access, which is prohibitively expensive for most potential users. 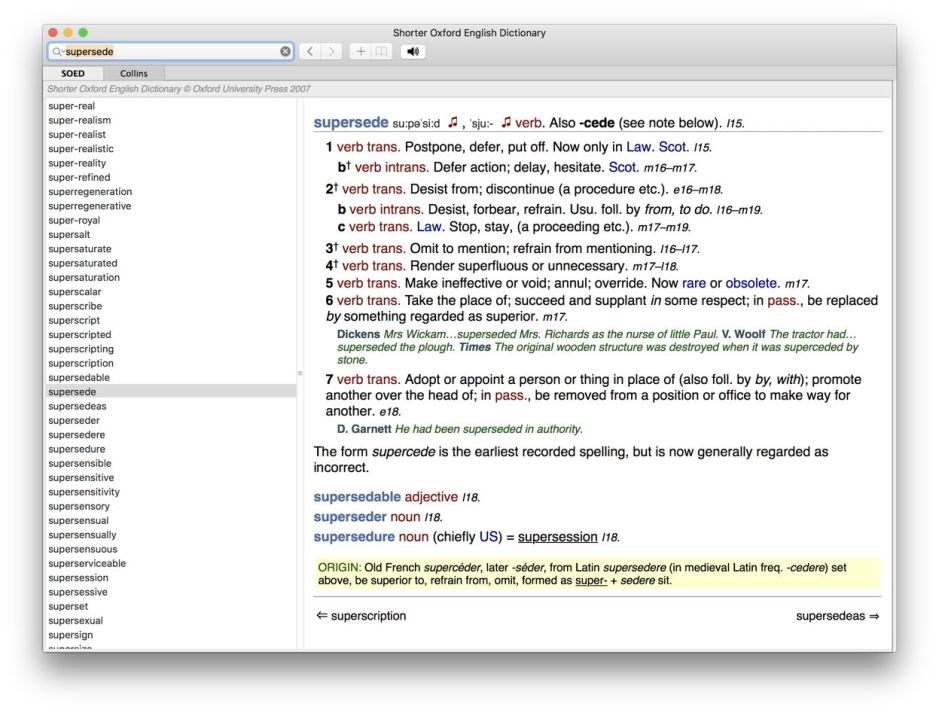 The Shorter OED and Collins dictionary apps are available from the App Store.

Building your own dictionary is a major task. You’ll not only need a lot of source material which is easily reformatted (using scripts or a tool) into the required XML, but the Additional Tools for Xcode, which are only available to registered Apple developers. Within those is Apple’s Dictionary Development Kit, which contains documentation, project templates, samples, and command tools to put it all together. These are discussed in the Dictionary Services Programming Guide, which is long defunct and no longer being updated.

Oddly, although iOS includes dictionaries, it doesn’t have a Dictionary app as such, but provides them as a service. Because you can’t access its system folders, you can only install from the standard range of dictionaries, unless your device is jailbroken. All the third-party iOS dictionaries that I have come across seem to be separate apps.

macOS Mojave is bringing some very sophisticated language tools, which enable software to parse text in a long list of different languages. Although the Dictionary app itself may not change a great deal, we should see more sophisticated use being made of it in future.